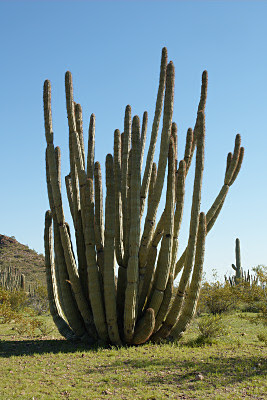 Organ Pipe Cactus National Monument has always been a favorite park of mine. Located in southern Arizona, on the border with Mexico, the park is not crowded and has lots of wonderful desert landscape.

Sometimes my photographic instincts seem to be turned off, and this was one of those days. Click on the photo or link above for a collection of snapshots from our day at the park. 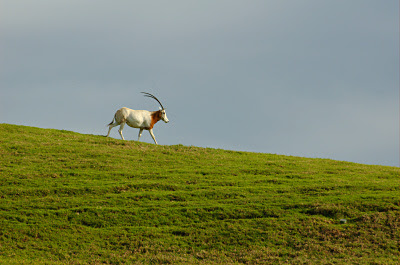 I'm not fond of zoos for photographing animals. Zoos are usually crowded, the cages small, and it is difficult to get good sight lines for photographs.

I've always loved the San Diego Wild Animal park. The animals have great freedom of movement and behave in more natural ways. We had a beautiful visit and beautiful weather. Birds like the environment so much that there is always a large collection of native birds to supplement the park's captive birds. Most of the collection is from Africa.

I've organized the album by animals, wild birds, and captive birds. Click on the link above the photo to see the album.
Posted by Guy at 12:33 PM 1 comment: 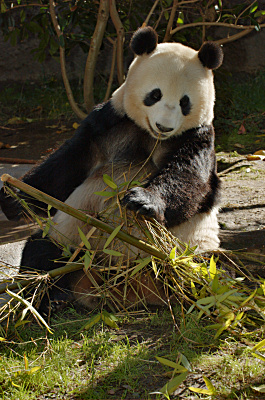 Today we went to the San Diego Zoo. The temperature reached 85 degrees--to Teresa's delight and my dismay!

Photographing at the zoo was difficult. The light was harsh and backgrounds often obviously part of a cage. And I was wilting in the heat! Here are a few photos.
Posted by Guy at 11:02 PM No comments: 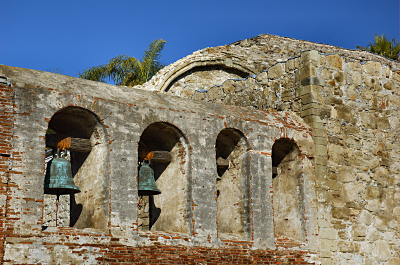 We visited the mission at San Juan Capistrano today. The church itself was destroyed in an earthquake long ago.

San Juan Capistrano is known for the swallows returning there. But they don't return to the mission any more. As part of beautification, the areas around the mission have been landscaped and planted. Everything is now nicely green--and there is no mud! Swallows need mud to build their nests, so the swallows now roost elsewhere in the area.

Click on the title above or here to see a short photo gallery.
Posted by Guy at 8:23 PM No comments: 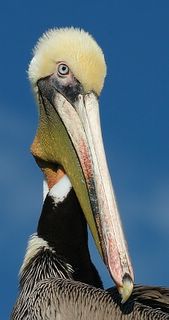 Today we visited the fishing pier in San Clemente, CA. The Brown Pelicans were very acclimated to people. Get too close to them and get pecked at. Those are big birds, with big bills, so that's an experience to be avoided!

There were more pigeons than Western Gulls. We also saw a Double Crested Cormorant feeding.

Southern California is still reeling from all the rain. The MetroLink/Amtrak railroad track appeared closed as a barrier was being built to hold back further slides.
Posted by Guy at 11:11 AM No comments:

We left yesterday for our vacation, arriving today. For the first time, we tried staying overnight at a hotel near SeaTac rather than trying to make an entire trip in one day. We have to leave home in Port Townsend four to five hours before flight time to make all connections necessary to get to the airport well before departure. This makes any flight an all-day experience. Consequently, we try to schedule departure after 1 pm or so.

We wanted to get an earlier flight this time so we would have more time with Teresa's sister in San Clemente before they left on their vacation. That meant an early flight, and that meant either leaving the house in the middle of the night or making it a two-day trip.

The trip was easy; the shuttle dropped us directly at the SeaTac hotel we were staying at and the hotel had a shuttle to the terminal the next morning. It was still two days and tiring though.

But we're here! And the temperature is warmer than it was in Port Townsend.
Posted by Guy at 8:14 PM No comments: